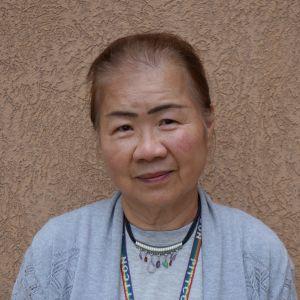 Protein misfolding and aggregation are hallmarks and contributing pathogenic mechanisms of age-related neurodegenerative diseases (ND).   Many of the causative mutations identified in familial cases result in the misfolding and aggregation of disease-related proteins: b amyloid and tau neurofibrillary tangle in Alzheimer’s disease (AD),  a-synuclein (a-syn) in Parkinson’s disease (PD),  huntingtin (Htt) in Huntington’s disease (HD) and Prion in Creutzfeldt-Jakob disease (CJD) as examples.   Given this understanding, it reasons that maintenance of protein quality control (QC) – namely, proper folding and disposition – is of utmost importance to limit disease pathogenesis and progression.

The research in Dr. Liu’s laboratory is to understand the regulation and function of a master transcription regulator – Heat Shock Factor 1 (HSF1) – as an essential quality control mechanism in protein folding and disposition.   The long term research objective is to identify small molecules (drugs) that can enhance the activation of HSF1 to increase the production of Heat Shock Protein (HSP) chaperones to prevent protein misfolding and aggregation for neuroprotection.    Her past research  demonstrated that this HSF1-dependent QC mechanism is attenuated in aging cell; this dysfunction likely provides a context for the emergence of pathologies associated with protein misfolding and aggregation in the aging organism.     Further, her work identified drugs, notably riluzole and resveratrol, that supports the activation of HSF1 and induction of HSP chaperones in cells under stress.

Dr. Liu’ current research is focused on understanding the role of HSF1 and HSP chaperones in modulating the expression, aggregation, and disposition of the poly-Q expanded mutant Huntingtin protein (Htt) in a cell model of Huntington’s disease.     The immediate research objective includes: (1) to evaluate the two-way dynamic relationship of HSF1 regulation and the expression/aggregation of the mutant Htt protein, and (2) to assess the effects of small molecule activators of HSF1 in preventing/modulating the pathogenic activity of the mutant Htt protein. 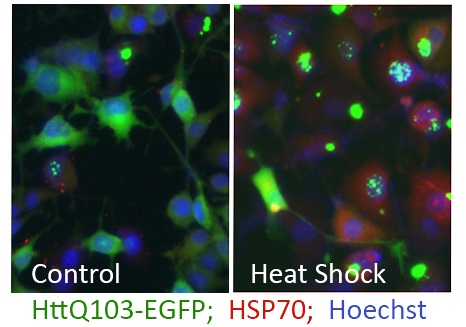