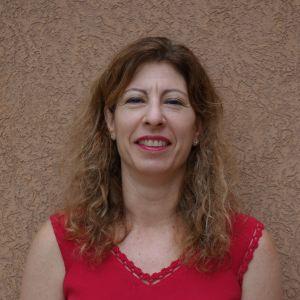 Regulation of dendrite patterning, synaptogenesis, and neural circuitry, with relevance to CNS injury and schizophrenia

• A regulator of dendritic patterning, NOS1AP, is linked to schizophrenia
Previously, Dr. Linda Brzustowicz of the Department of Genetics at Rutgers University identified significant linkage disequilibrium between schizophrenia and markers within the gene encoding nitric oxide synthase 1 (neuronal; NOS1) adaptor protein (NOS1AP; also termed carboxyl-terminal PDZ ligand of nNOS or CAPON). We began to collaborate with Dr. Brzustowicz when she showed that there are two forms of NOS1AP (L, long and S, short) and that expression of NOS1AP-S mRNA is significantly increased in the dorsolateral prefrontal cortex of patients with schizophrenia. In line with this report, we found an alteration of NOS1AP isoforms in specific regions of the brain for patients diagnosed with schizophrenia. Since there are reports suggesting that schizophrenia is a developmental disorder, we analyzed whether altering NOS1AP levels in developing neurons affects their development. We found that overexpression of NOS1AP during hippocampal neuron development results in decreased dendrite number in culture and in vivo and aberrant cortical cell migration in vivo. We are continuing to study how NOS1AP may play a role in the pathophysiology of schizophrenia in cell culture, animal models, and humans.

• Regulation of Neural Circuitry by Cypin
In the mammalian central nervous system, individual neurons have elaborate dendrite networks, reflecting the density and complexity of incoming presynaptic contacts. The extent of dendrite branching is influenced by learning, which increases branching, or injury, which decreases branching. The proposed work tests the hypothesis that the enzyme cytosolic PSD-95 interactor (cypin) is an essential mediator of learning and memory. The Firestein Lab research team will use genetic models and pharmacological delivery in mice to identify the role cypin plays in memory acquisition and recall. Using compounds that we have identified as affecting multiple aspects of cypin activity, we will test whether altering cypin affects function and activity of neural circuits in vitro by microelectrode array (MEA) and Ca2+ imaging analyses. We will also administer the compounds to mice and measure neural dynamics with two-photon in vivo imaging and neurobehavior. These experiments will significantly add to our understanding of how neural circuitry at the cellular level in the animal as it translates into cognitive function.

• mTOR/Akt signaling in traumatic brain injury: Progression and therapeutic approaches to improve outcome
We have chosen a relatively unexplored therapeutic pathway for treating TBI. The mTOR/Akt is a central regulating pathway involved in metabolism, cell growth and proliferation, differentiation, and cellular decisions that include apoptosis and autophagy. Unlike other receptor and channel antagonists tested for treating TBI, the mTOR/Akt pathway does not interrupt normal neurotransmission. However, as an emerging set of studies points to the central importance of this pathway in regulating dendritic protein synthesis and synaptic plasticity, this pathway could be involved in shaping the recovery of neural circuits after TBI. We ask three general questions: 1) Is the mTOR/Akt pathway consistently activated following either mild or moderate TBI?; 2)Does this pathway contribute to the repair of neural circuit wiring and function after TBI?; and 3) Is there an optimal therapeutic approach to control the activation of mTOR/Akt signaling and improve outcome after TBI?

• Cypin as a therapeutic target for traumatic brain injury
Dendritic spines are sites of communication in excitatory neurons. Loss of these spines and swelling along dendrites and axons at the area of injury occurs due to traumatic brain injury (TBI). Spontaneous or rehabilitative improvements in function following injury are accompanied by a reemergence of dendritic spines. However, very little is known about the molecular mechanisms and identities of molecular participants in dendritic spine loss and reemergence after TBI. Recently, we showed that cytosolic PSD-95 interactor (cypin) promotes small and numerous varicosity formation, NMDA-mediated spine retraction, and confers protection from NMDA-induced neurotoxicity. Given this role that cypin plays in mediating synaptic contacts among neurons and the resulting ‘wiring’ of the circuit, this appears an ideal candidate to therapeutically target to rewire damaged circuits after traumatic brain injury. Since the majority of our data have come from studies on cultured neurons, we now propose to move our studies into the intact animal using a cypin null mouse that we generated in the past year. Our hypothesis is that cypin participates in the synaptic deconstruction/reconstruction that occurs as dendritic spines retract and reemerge after TBI. As such, we determine the effects of altering cypin levels on dendrite and spine morphology and neural circuit dynamics in vitro and in vivo in response to TBI. We will also assess neurobehavioral recovery from TBI when cypin levels are altered or when novel cypin activators are administered to the animals. The knowledge gained from these experiments could then be used to develop therapies to treat TBI-induced brain injury.

• Myo-microelectrode array (Myo-MEA) to study the neuromuscular junction
Loss of motor control and function results in decreased quality of life for spinal cord injury (SCI) patients and amputees. One approach to helping these patients is to devise a neuromuscular prosthesis, which captures neural signals controlling motor function and transmits them externally where they will be used to control an artificial device. We recently modified the known “cultured probe” design, where we plated spinal cord explants and myotubes to recapitulate the neuromuscular junction (NMJ). We aligned the myotubes in trenches to allow for a more physiological system. We recorded from the muscle cells as the electrogenic cell type cultured onto the electrode surface, thus, targeting the peripheral nervous system, rather than the central nervous system, for implantation, providing a more feasible site for transplantation. We now use a biocompatible, biodegradable fibronectin-based material platform to study myotube formation and function in culture. Our glutamate-induced toxicity model is used to determine the effect of simulated SCI on neuromuscular transmission. We aim to promote regeneration of the circuit after glutamate-induced injury using biodegradable directional matrix and to create a biocompatible myo-MEA to be used for transplantation for those who have suffered an SCI.