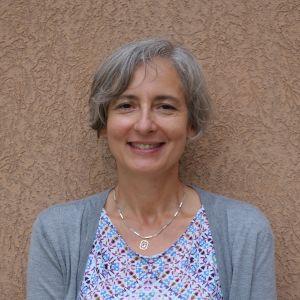 Research Summary: My research focuses on molecular mechanisms that govern mammalian brain
development, such as neurogenesis, neuronal migration, differentiation and synaptic connectivity. Abnormalities in these processes underlie cognitive dysfunction in developmental brain disorders and injury. Our short-term goal is to improve our mechanistic understanding of these diseases through experimental approaches that exploit genetically modified mouse models and human induced pluripotent stem cells (iPSC). The long-term goal of this work is to foster the development of new strategies for the treatment of neurological disorders and traumatic brain injury. Current projects include:

1. Functions of Reelin in brain development and repair. Reelin is an extracellular protein that critically controls neuronal migration during embryonic brain development, and also promotes neuron maturation and synaptic plasticity during postnatal development and in the adult brain. Complete loss of Reelin expression in humans cause a severe neurological disorder called lissencephaly with cerebellar hypoplasia, whereas heterozygous mutations result in autosomal-dominant lateral temporal epilepsy. Deficits in Reelin expression have also been associated with schizophrenia, autism, and Alzheimer’s disease. We are currently investigating the molecular mechanisms of Reelin activity in brain cells, and the potential role of this protein in neuroprotection or recovery after traumatic brain injury.

2. Mechanisms of disease in Tuberous Sclerosis Complex. Tuberous Sclerosis Complex (TSC) is a developmental disorder characterized by tumor susceptibility in multiple organs, brain malformations, intellectual disability, epilepsy and autism. The disease results from mutations in the TSC1 or TSC2 genes, but despite knowledge of its genetic causes effective treatments are still lacking, particularly to ameliorate cognitive deficits. To better understand the mechanisms of disease and thus lay the foundation for developing new treatments, we established induced pluripotent stem cell (iPSC) lines from TSC patients and their unaffected siblings. These stem cells can then be induced to differentiate into neurons in a culture dish to better study their properties. In parallel, we generated a genetically- modified mouse line that lacks the Tsc2 gene specifically in excitatory neurons of the forebrain. We are currently investigating how mutations in TSC genes affect the development of different types of brain cells, and further exploring the biochemical function of the Tsc2 protein in controlling neuron growth and maturation.