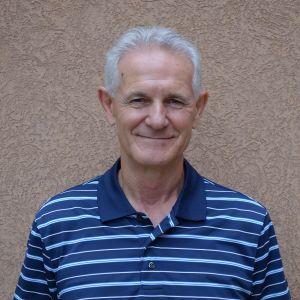 I became interested in the heart and circulation as an undergraduate student in the 1960s.  During graduate school in the early 1970s I worked in two laboratories.  One focused on the roles of the microcirculation in maintaining blood volume and the distribution of body water.  The other investigated the roles of naturally-occuring metabolites in regulating blood flow.  My metabolite of choice was adenosine, the nucleoside by-product of ATP degradation.  In the early 1960s Robert Berne at the University of Virginia hypothesized that adenosine is an important metabolic regulator of myocardial oxygen delivery and coronary blood flow.  I studied its coronary circulatory roles in states of acidosis, alkalosis and in the absence and presence of adenosine receptor antagonists such as the methyl xanthines (e.g. theophylline; caffeine is another example of a methyl xanthine).  We reported that tissue acidosis enhances and alkalosis inhibits adenosine’s coronary vasodilator properties.  Methyl xanthines also blocked its coronary vascular actions.

Later, in the 1980s and while on sabbatical at Southwestern Medical School (University of Texas Health Sciences Centers, Dallas) as a guest in the laboratory of H. Fred Downey, we began using adenosine deaminase to test Berne’s adenosine hypothesis.  We found that hypoxia-induced coronary vasodilation in experimental animals could be attenuated in the presence of administered adenosine deaminase.  This was the case whether hypoxia was induced systemically or locally (only the heart suffered hypoxia while the rest of the animal’s body was normoxic).  Perhaps confusingly, we also noted that hypoxia-induced ventricular arrhythmias could be attenuated by adenosine deaminase.  This seemed to suggest that not only was adenosine important in regulating coronary blood flow, but that it was also responsible, at least in part, for the cardiac arrhythmias caused by hypoxia. 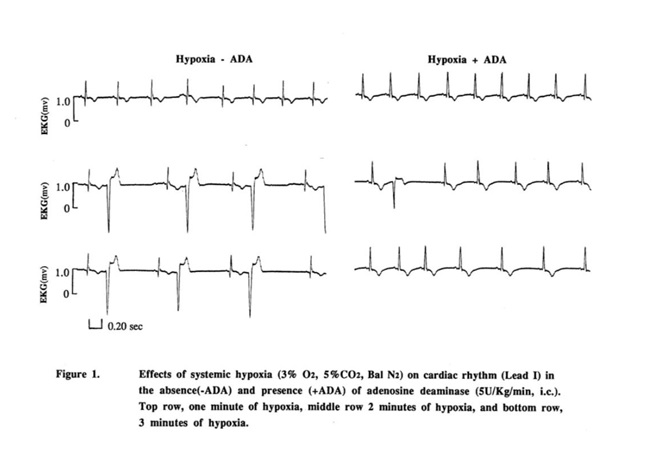 Most recently we have turned our attention to ischemia/reperfusion-induced cardiac injury and the subject of cardioprotection.  The latter topic became important in the 1980s and 1990s.  In our laboratory at Rutgers University we discovered, somewhat serendipitously, that acetaminophen (active ingredient in analgesics such as Tylenol) is cardioprotective.  Hearts exposed to experimental myocardial infarction suffered less damage in the presence of acetaminophen (as did those exposed to brief periods of partial or complete myocardial ischemia followed by reperfusion).  Mechanistically, acetaminophen is a broad-spectrum antioxidant (most phenols possess antioxidant properties).  It also inhibits matrix metalloproteinases (e.g. MMP-2) and reduces mitochondrial damage caused by ischemia/reperfusion (as evidenced by reduced contents of cytochrome C in cellular cytosol).  The latter action involves acetaminophen’s ability to stabilize the mitochondrial permeability transition pore (MPTP).

I will screen and make determination of qualifications of each.
Powered by Community Builder