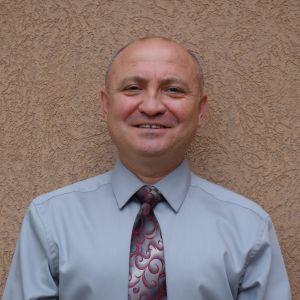 The lab also identified a distinct decapping protein, DcpS, that functions as a scavenger decapping enzyme in the 3´-end decay of RNA. DcpS is implicated in a range of functions including a cellular target for a potential drug candidate in the treatment of Spinal Muscular Atrophy as well as a mediator of human cognitive function where individuals with a disruption of DcpS decapping activity exhibit cognitive impairment. Using induced pluripotent stem cells (iPSCs) generated from individuals with homozygous disruption of the DcpS gene, the lab is currently focused on delineating the molecular mechanism by which DcpS decapping contributes to neural function and human cognition.

The Kiledjian lab recently discovery a novel 5´ end capping quality control (CQC) mechanism in eukaryotic cells that degrades mRNAs with an incomplete 5´end. The significance of this finding is that it revealed mRNA capping, long thought to be a process that occurred to completion on all RNA polymerase II primary transcripts, is a modulated process. They showed that transcripts lacking a complete 5´ end cap can be generated in a regulated manner and further identified a novel class of non-canonical decapping enzymes they termed DXO family of proteins, that clear these aberrant caps.  Collectively, these findings establish a new paradigm in post-transcriptional gene expression whereby addition of the 5´ cap is a regulated process and a heretofore unknown CQC mechanism exists to ensure the integrity of the cap through the DXO family of proteins.  The molecular mechanism of CQC and its physiological consequence in cells are being pursued.

Another significant contribution from the Kiledjian lab is their demonstration that mammalian RNA can possess a 5´-end nicotinamide adenine diphosphate (NAD+) cap and appear to possess a novel NAD+ capping (NADding) mechanism.  Moreover, the fungal and mammalian DXO proteins were shown to be potent “deNADding” enzymes that remove the NAD+ cap to facilitate RNA degradation. Importantly, contrary to the m7G cap that stabilizes mRNAs, the NAD+ cap promotes DXO-dependent rapid decay of an mRNA harboring this modification. Therefore, NAD serves as a 5´ tag to target an RNA for decay. These findings present a transformative mode of 5´ end epitranscriptomic RNA modification and a new modulatory network in the regulation of eukaryotic gene expression involving previously unforeseen caps.