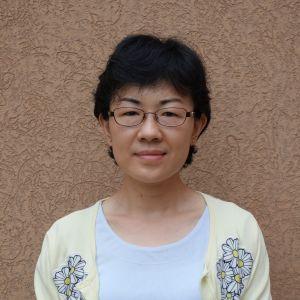 Autophagy-Lysosomal Regulation in Neurodevelopment and Neurodegeneration

Autophagy is a key homeostatic process whereby autophagosomes engulf damaged cytoplasmic components, protein aggregates, and dysfunctional organelles for lysosomal degradation. In neurons, autophagosomes are predominantly formed in distal axons and presynaptic terminals and undergo exclusively retrograde transport toward the soma where mature lysosomes are mainly located. The autophagy-lysosomal pathway is essential for the maintenance of neuronal homeostasis. Defects in this pathway have been implicated in a growing number of neurological disorders.

Mitochondria are essential organelles for neuronal function and survival. Dysfunctional mitochondria not only produce energy less efficiently, but also release harmful reactive oxygen species and initiate apoptotic signaling cascades, which have been linked to the pathogenesis of major neurodegenerative diseases including Alzheimer’s, Parkinson’s, Amyotrophic Lateral Sclerosis, and Huntington’s. Efficient elimination of aged and damaged mitochondria through mitophagy is a key cellular pathway for mitochondrial quality control in neurons.

Our study provides the evidence of dynamic and spatial Parkin-mediated mitophagy in elimination of defective mitochondria in live neurons. We reveal that inadequate mitophagy capacity contributes to mitochondrial defects in Alzheimer’s disease neurons. Our long-term goal is to elucidate the cellular mechanisms for proper turnover of damaged mitochondria and clearance of protein aggregates by enhancing autophagy-lysosomal function. We will evaluate if up-regulation of this system ameliorates neuropathology and attenuates behavioral abnormalities associated with major neurodegenerative diseases. The advance in our understanding of these mechanisms will provide a strong basis that could lead to the development of novel protective and therapeutic approaches. 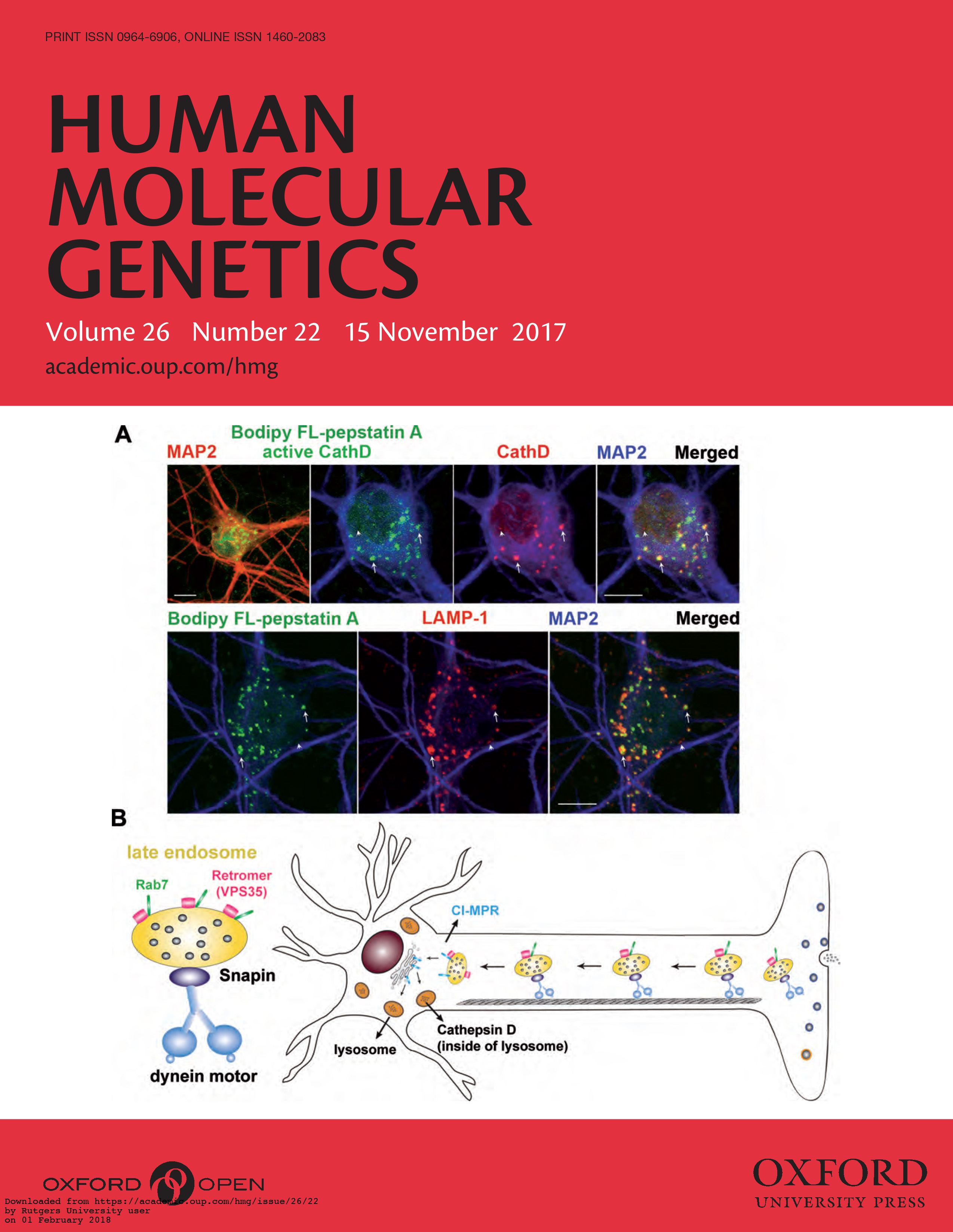 Our research article (Tammineni and Jeong et al., Human Molecular Genetics, 2017) is featured in the cover: (A) LAMP-1-labeled mature lysosomes loaded with active protease Cathepsin D (CathD) are mainly located in the soma, but are barely detected in MAP2-marked neuronal processes. (B) Snapin, a dynein motor adaptor, mediates the recruitment of dynein motors to late endosomes, thereby enabling their long-distance retrograde axonal transport. This process facilitates axonal retrograde trafficking of late endosome-associated retromer toward the soma, where retromer retrieves cation-independent mannose 6 phosphate receptors (CI-MPR) from the late endosome to the Golgi. Golgi-localized CI-MPR mediates trafficking and loading of critical proteases into lysosomes. Such a mechanism is essential for the maintenance of lysosome functional capacity in neurons. 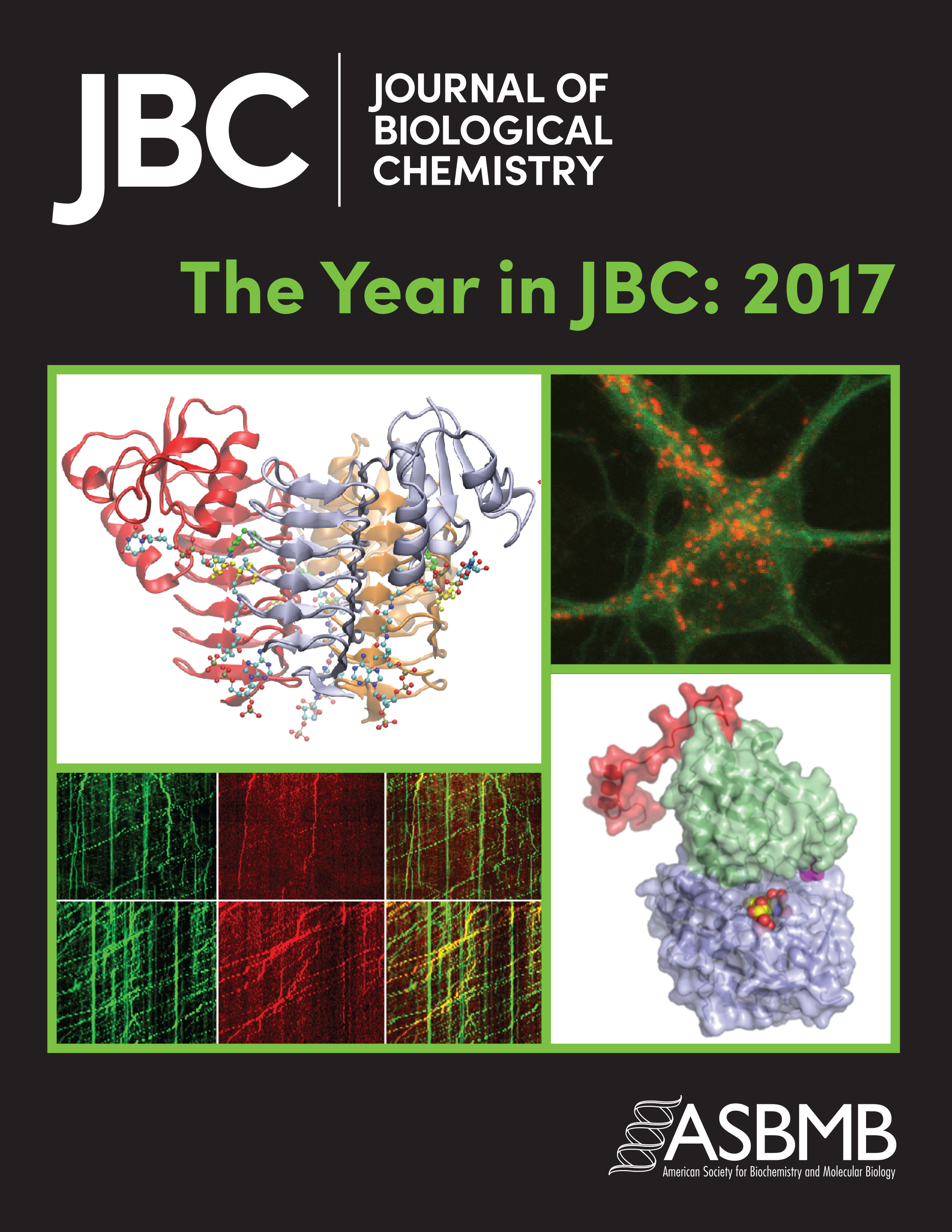 Our paper (Feng and Tammineni et al., Journal of Biology Chemistry, 2017) is selected as the representative for the Neurobiology category in “The Year in JBC: 2017”. The images from the paper are featured as part of the cover: fluorescence data and kymographs exploring the fate of the secretase BACE1, which initiates amyloid-? formation, during autophagy. 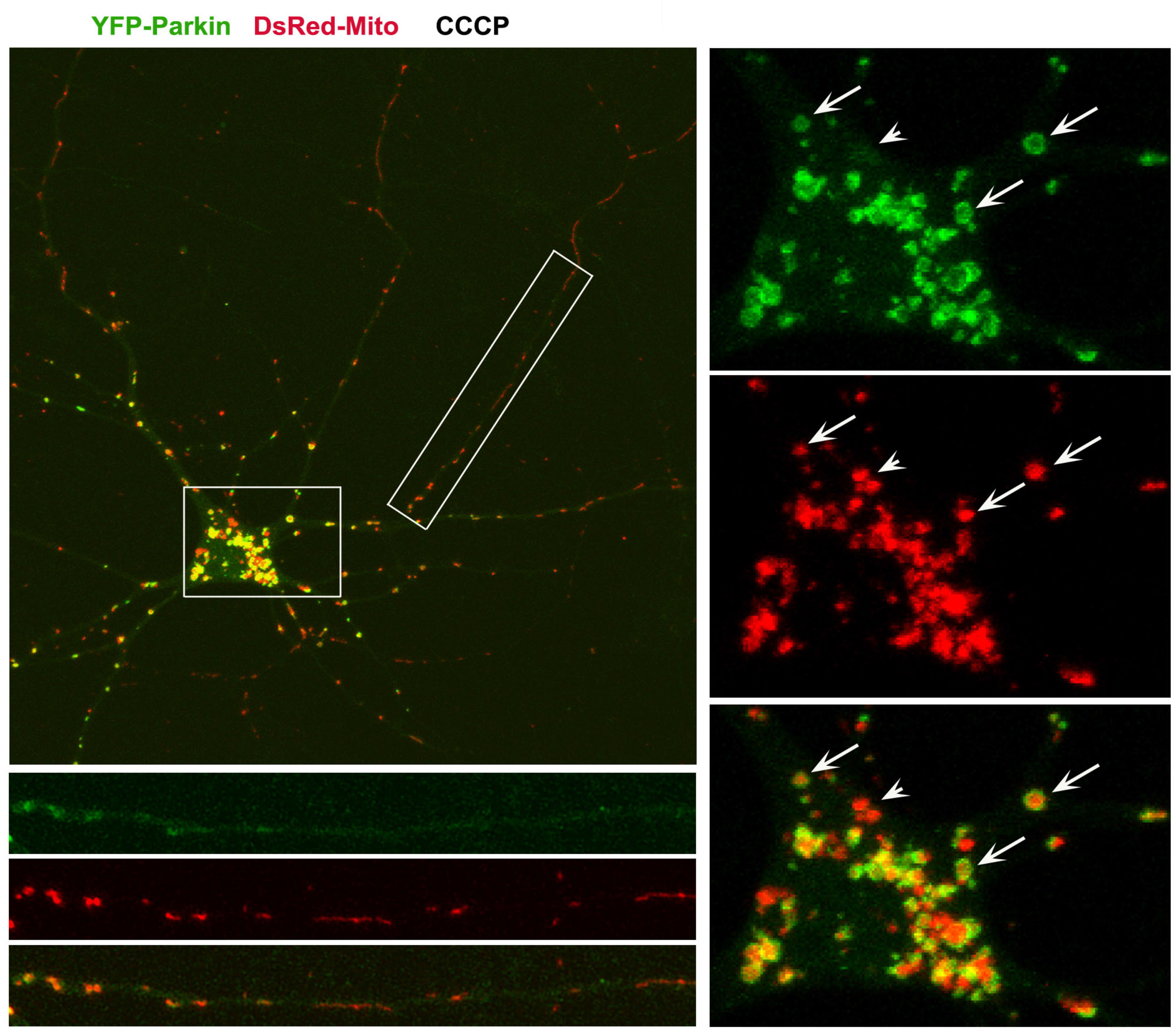 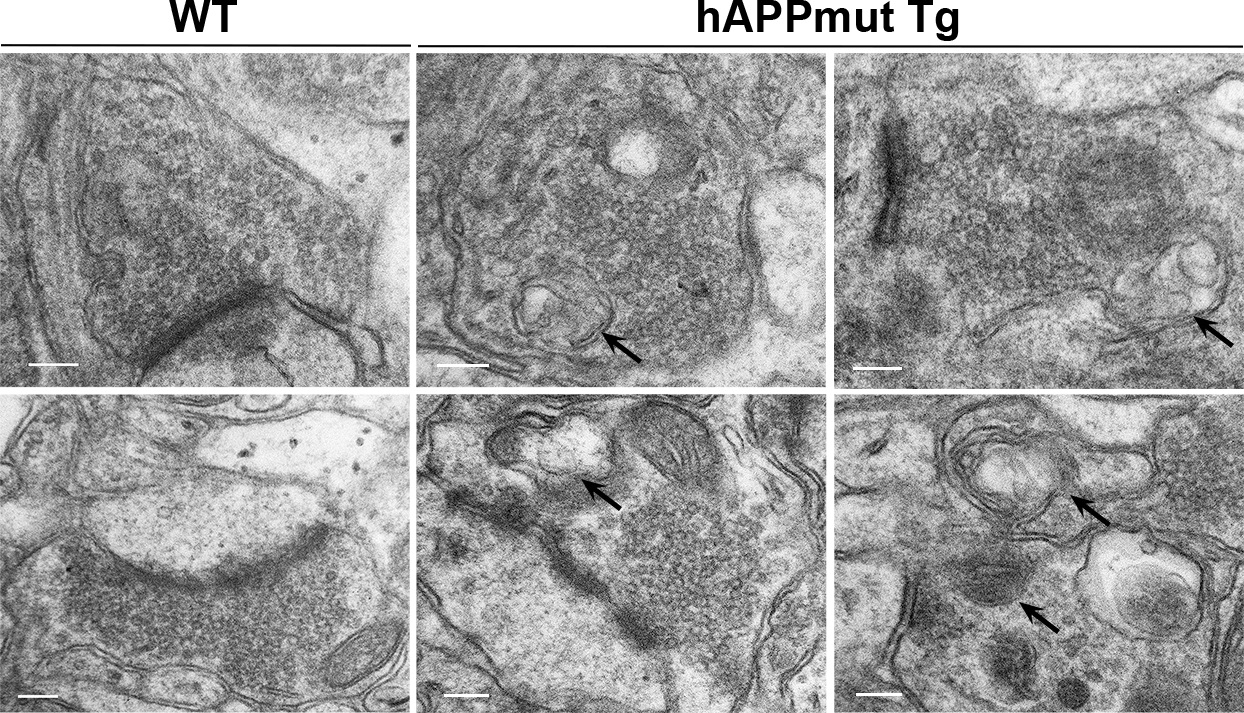 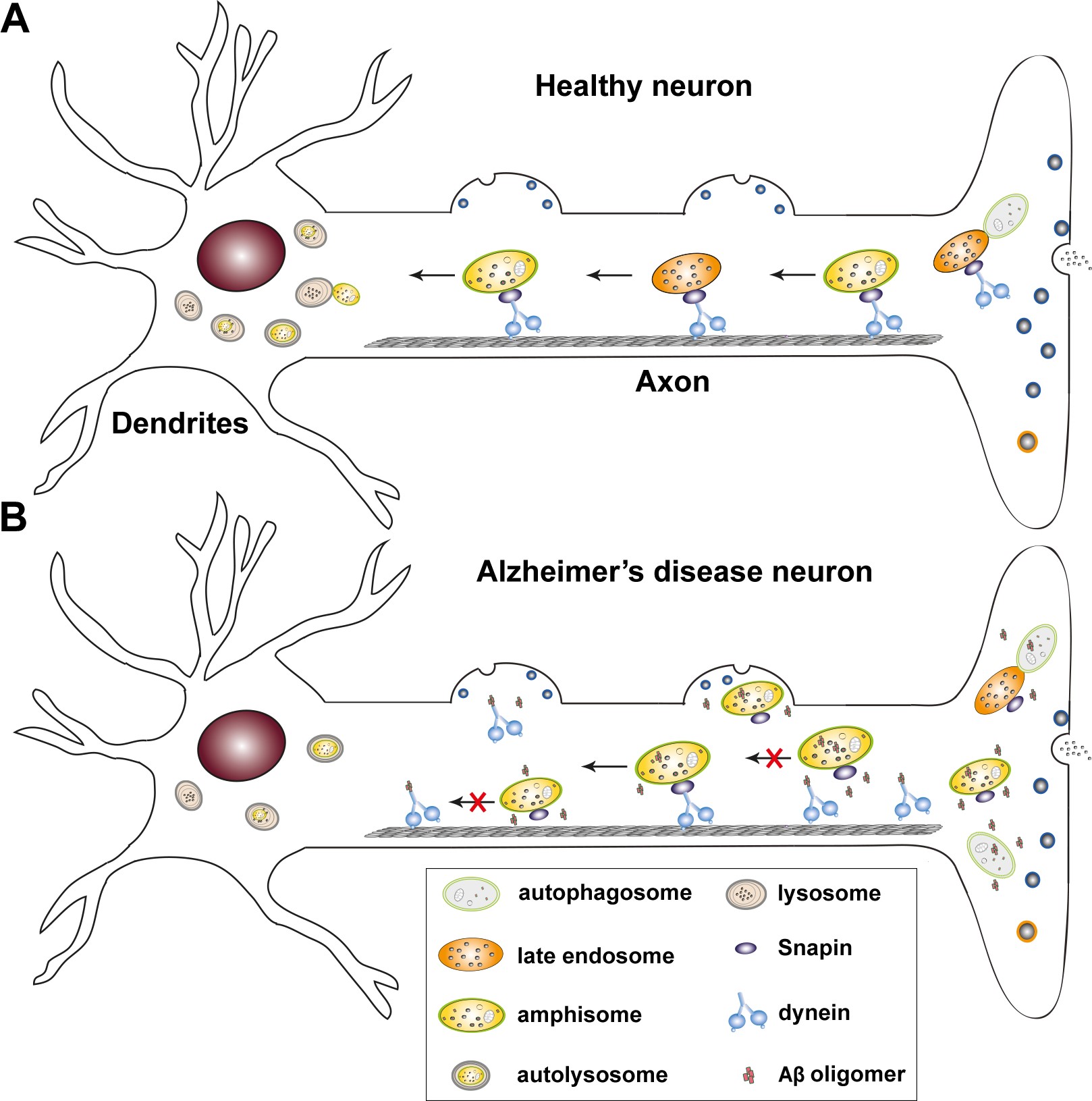 Fall: No
Spring: No
Summer: Maybe