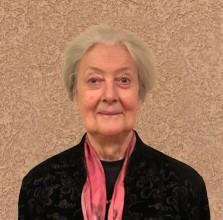 Formation of the appropriate connections among nerve cells
Neuroscience

Formation of the appropriate connections among nerve cells is essential for the correct and efficient functioning of the nervous system. It is through very specialized interactions between the different neural cell types that such connections are formed during development, maintained or modified in the adult, and reformed or even prevented after trauma.

Cell surface and extracellular matrix molecules that have been recognized to mediate such interactions are now being implicated in such diverse phenomena as neural induction, neural cell proliferation, neuronal migration, neurite outgrowth, synaptogenesis, signal transduction between neurons and glia, and finally, the capacity of neurons to regenerate or not. For instance, how does a neuron sense where to position its cell body, into which direction to send out its neurites, and when to engage in stable connections or to destabilize such connections under conditions requiring plasticity, such as learning and memory.

Thus, not only recognition between interacting cells is called for, but mechanisms must be implemented that transduce cell surface triggers - resulting from recognition - into sensible and sensitive intracellular responses that guide a cell's ultimate behaviour in the intricate context of network activities. The aim of our research is to understand the molecular events that mediate communication among cells in the nervous system not only during the ontogenetic formation of connections, but also in the adult nervous system under conditions of synaptic plasticity and trauma.

Among the molecules of interest are the immunoglobulin superfamily members L1, CHL1 (close homolog of L1), and the neural cell adhesion molecule NCAM and the extracellular matrix molecules tenascin-R and tenascin-C (for a review, see Dityatev and Schachner, Nat Rev Neurosci, 2003) and their diverse carbohydrates that are likely to fine tune cell interactions (for a review, see Kleene and Schachner, Nat Rev Neurosci, 2004). The functions of these molecules have not only been studied in cell culture, but with the help of constitutive, conditional and now also inducible mutants. These functions are being studied during development and in the adult by a multidisciplinary approach with biochemical, cell biological, morphological, electrophysiological and behavioral biological techniques. A particular focus is placed on the L1 molecule being investigated in its beneficial functions not only in regeneration as a recombinant molecule (together with Wise Young and Martin Grumet), but also in stem cells in mouse models of Parkinson´s and Huntington´s diseases, stroke and spinal cord regeneration. The beneficial effects of an L1 homolog in adult zebrafish which spontaneously recovers function after spinal cord lesion, but are prevented from doing so by anti-sense inhibition. It is by the combination of different and strongly complementary methods that we wish to elucidate the intricate ways by which cell interactions at the different levels are determined by recognition molecules.